During the 60s rock music was a fundamental part of collective entertainment, so millions of people shook at their notes. During this time another musical wave also developed, known as heavy metal which derived from great performers with a brand new approach to song compositions and live performances. Heavy metal was widely accepted by millions of young people, who immediately identified themselves with its lyrics and execution. Heavy metal was responsible for externalizing all those negative emotions that were contained in many minds and bodies.

This genre started from some related to rock music, with intense and powerful sounds of distorted riffs and unique drum patterns, accompanied by a strong presence of the electric guitar and the strident sounds typical of the genre from which it is derived. This is the hallmark of this musical style. Although the appearance of this genre occurred during the last years of the 60s, its popularity continues to grow today, so it can be said with certainty that heavy metal will always be present and will sound strongly from its creation until the end of time. The energy that this music transmits is far superior to any other music style and this is well known by its fans, who always remain faithful over time. The genre was so successful that year after year and for many more decades, endless bands dedicated entirely to it have emerged.

Origins of heavy metal: how was the term created?

The basic origin of the word Heavy Metal comes from several sources, so it is difficult to determine exactly where it was created. However, there are certain theories that appear to answer this question. Although the word derived from the famous novelist William Burroughs is widely accepted, which includes in one of his novels a character whose nickname is “the heavy metal boy”, the term goes back to the 19th century. During that time, heavy metal poisoning was a popular term and resulted in its use in music. The term appeared in the lyrics of the famous Steppenwolf album “Born to be Wild” (1968) for the first time and by 1970, music critics already referred to the term Heavy Metal Music as a specific and unique style.

If we travel deep within the foundations of heavy metal, there is a great background of classical music. Guitarists with experience in classical music developed new and better forms of chord and solo progressions. This influence of the guitarists gave rise to a completely new approach to compositions, energy, atmosphere, guitar solos, vocals, lyrics, and live performances. The musicians began to deviate from the standard classical tones and mixed them with heavy riffs and drum patterns. The lyrics had a basic theme and revolved around it with a personal message. The songs were becoming increasingly focused and political. In the 1960s, heavy metal has become a waterfall in a calm ocean. It spread through the musical minds of the world in the 1970s and earned a solid place in almost every continent. 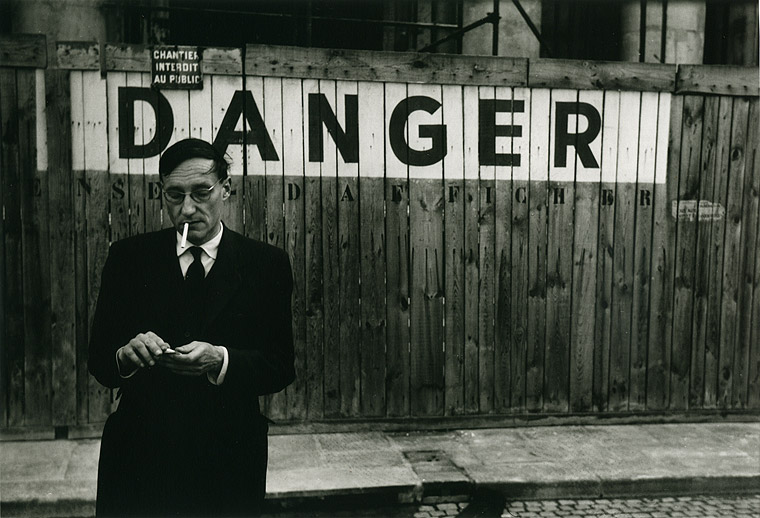 Precursors of heavy metal, heroes of the genre.

The history of heavy metal is a bit confusing, and it is not possible to say exactly where and when it arose. This thanks to the fact that this genre has different musical influences, that is to say, that different regions of the world made a significant contribution to the solid concept that exists of gender today. It is known that in the mid-1960s, many British bands provided a genuine influence to strengthen the foundations of heavy metal. It was these artists who contributed valuably to what we now know about heavy metal. Bands like Cream, The Jeff Beck Group and The Yardbirds along with professionals like Jimi Hendrix were accredited to make heavy drum beats, distorted rough riffs, and only deep bass. These styles had not been experienced before. These new forms diverted the central rock music based on the blues to a heavier approach (heavy metal) and from these mixtures, it was possible to validate that this new movement would completely shake the entire rock industry. In addition, these became the most significant contributions to the creation of heavy metal.

Many theories indicate that those who followed in the footsteps of the aforementioned artists and began to play true heavy metal were the English Black Sabbath. Since they managed to incorporate the heavy of the genre with other characteristic elements, thanks to their success, this band opened the way to many others that would be added to the list of heavy metal bands over the next few years. The thunderous and dark guitar sound of Black Sabbath would completely mark the guidelines that many others would have to follow carefully to be part of this new movement. These new sound mixes became more popular during the 70s again by English pioneer bands like Led Zeppelin and Deep Purple, who completely molded the current concept of heavy metal. Of course, there are many other band names that also emerged simultaneously with others mentioned above, but because they did not have a large coverage by the media, their names were known sometime later.

Within this category in time, bands like Blue Öyster Cult, UFO, Wishbone Ash, Blue Cheer, joined among other bands that later gained some followers and kept many of their songs high. This is how they became the mentioned names when it was necessary to identify certain actors of heavy metal. Although these have not been given prominence or credit for the creation of the genre, their songs were and will always be enjoyed by all heavy fans metal. After defining certain performers of the genre as pioneers, the successes that would set the tone in the genre began to come, albums such as Paranoid, Deep Purple in Rock, Led Zeppelin II, shook the music industry and secured a better platform with countless new bands that formed in time. The number of fans became increasingly large through numerous and frequent shows on stage. Hypothetical lyrics along with heavy riffs, fascinating drums and a unique singing style made heavy metal the most influential form of musical expression. 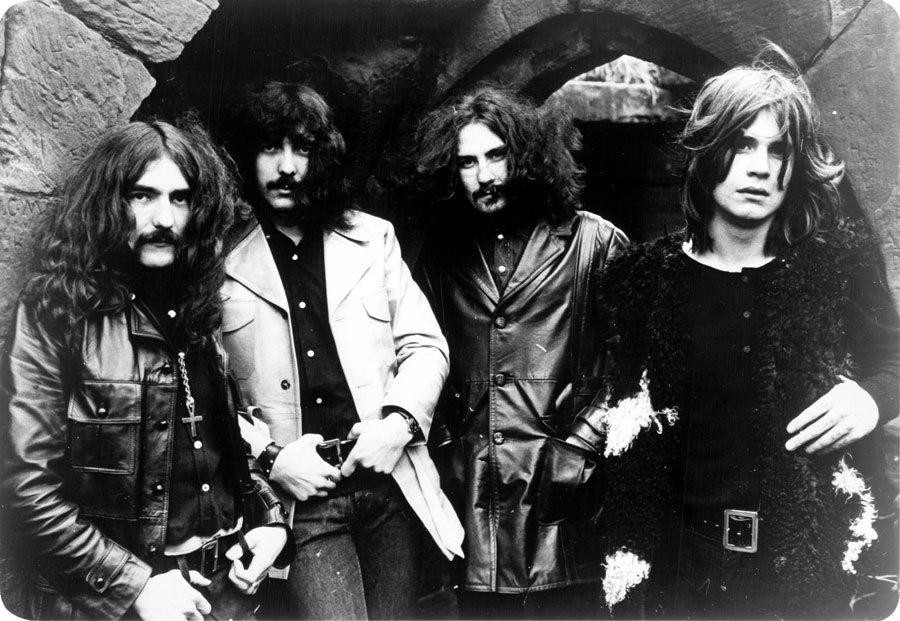 Influences that managed to give a clearer concept to heavy metal over time.

The roots of heavy metal are quite linked to blues music and this genre gave way to the growth of many others that remain in force in the music industry. Many British artists decided to take part in the creation of heavy metal and tried to give an instrument a certain leading role, moving away a little from what the blues represented, and that is how the characteristic sound of heavy metal began. Initially, this process of incorporating articular sounds was known through certain rock music performers such as The Rolling Stones and also The Yardbirds. They were progressively experimenting with a variety of sounds that gave a definitive shape to rock and also to heavy metal. Do not forget that heavy metal is derived from rock, which in turn from rock and roll and this also from another genre, the blues. Although they share a genre of origin, each of the subgenres are generated from certain sounds that are the result of a different fusion, this makes each melody a characteristic sound of each.

This is how the aforementioned musical genres were born. So when talking about heavy metal and its roots, names of bands and artists such as Elvis Presley, The Kinks, Jeff Beck, The Who, Fleetwood stand out. The heavy metal artists were the ones who took the music they knew and played it with greater force and great power. That’s how they made their way to this genre and its derivatives. Although heavy metal was not a genre that was born to be very commercial. Its purpose was to release those feelings related to hate, anger, abandonment, agony, depression, misunderstanding and other negative aspects such as stress and anxiety.

Heavy metal shaped these feelings, took them and turned them into songs that sang aloud what many used to repress. Everyone could (literally) shout all those negative feelings that consumed them. This is a very energetic, aggressive and powerful genre, which is why the feelings it produces also share these characteristics. When listening to or reading the term “heavy metal”, a large group of people singing with great passion and doing the typical headbanging with excessive and violent movements comes to mind. Heavy metal groups and artists manage to connect with their audience because they gave voice to many of the protests, in most cases related to social and political issues. All the pioneers of the genre managed to create a form of expression quite right to show all their followers that they completely understood those negative conditions that were present in their life. And although many had these emotions contained for a long time, the time had come to free themselves completely through powerful and violent sounds and melodies, which combined perfectly with those that many felt.

How did heavy metal mark the history of mankind?

Music is a form of expression that acts as an energy-releasing entity. Therefore, many understand that somehow heavy metal incites violence. Heavy metal mostly represents the expression of negative feelings. However, music alone does not encourage acts of vandalism or disrespect the law. Since the genre reached the peak of its popularity, many have pronounced themselves strongly against it. One thing is clear that not everyone shares the same ideology and that not many feel identified with the lyrics, feelings and situations that most the artists of the genre describe in their compositions. Heavy metal has always been at the center of criticism from the day it emerged and some political groups along with academic individuals blamed it and its followers for causing crime and violence. Additionally, they claimed that the negativity in its origin influencing fans to commit suicide and violate the laws. Heavy metal enthusiasts noted that there was no connection between violence and music, on the contrary, it has explored a wide range of possibilities of expression through its powerful sound. Heavy metal emerged with the purpose of expressing the feelings that many repressed, and its popularity grew because millions of people shared the same feelings that this genre managed to convey.

Masses that gather to experience everything that heavy metal expresses made many think about its impact on the world. Needless to say, rock is the genre that has managed to summon the largest crowds in various concerts and festivals worldwide. Some judge heavy metal for saying in their lyrics what many other artists do not even dare to mention, and that is how they have managed to cross so many borders. Most of the heavy metal hymns have managed to touch the minds and souls of many, and although a few do not approve of this musical style, another group consisting of millions and millions of people from different countries agrees that metal music has been a great help in various adverse situations. Finally, it should be noted emphatically that the majority of artists who have created charitable foundations and have given performances to support different noble causes. This is just a small example of how they are making their contribution to society. If history is deeply analyzed, it can be clearly seen that the most massive charity concerts were performed by heavy metal artists.

You might also want to check out;
HISTORY OF BLACK METAL
HISTORY OF DEATH METAL
TOP METAL SONGS PLAYLIST ON SPOTIFY