Death Metal is one of the best creative advancements made by humans in recent history. Characterized by its distinct vocal style, this extreme style of music originated in the 1980s in the underground where groups of musicians – having been inspired by Thrash Metal and the First Wave of Black Metal – took what they liked about their favourite bands (such as Slayer and Venom) and began to change and adapt to fit their own new and unique vision. This process of actually developing death metal into how we know it today wasn’t an instant happening. Even in original Death Metal bands, like Death and Possessed, the music still had a distinct thrash sound to it, particularly in the drums and guitars. What Death did begin to introduce from their very first album, however, was the harsh death growl, shocking lyrical themes, and evil-sounding tremolo picking played at blisteringly fast tempos. Metal as an umbrella genre had been steadily on the rise up until this point, with the genre beginning with the iconic Black Sabbath as they inspired the creation of Heavy Metal and numerous sub-genres like Doom, Sludge, and Stoner Metal. Following on about a decade later Heavy Metal became even more popular with the rise of the New Wave of British Heavy Metal, with the likes of Judas Priest and Iron Maiden, with most of the bands from this time and before still hold significant influence in today’s Metal scene.

Regardless of the sub-genre you belong to, a common thread can always be traced back to Black Sabbath, and this is no different for Death Metal. Besides the influence of Black Sabbath, death metal also thrived off of the extremity of the First Wave of Black Metal which originated for the most part in Scandinavian countries like Norway and Sweden, which is still known as the heart of Black Metal today. Black Metal saw a major influence in Death Metal particularly through the musicians’ use of aesthetics and visual imagery coupled with lyrics that portrayed strong opinions on the numerous subjects they believed in or supported, which led to Death Metal’s use of strong anti-theistic and anti-humanity views in the lyrics. Both Thrash and Black Metal would forever be closely bonded to the sibling genre of Death Metal, and would come on later to actually blend together to form sub-genres like crossover thrash (Municipal Waste, D.R.I., and Toxic Holocaust) and blackened death metal (Behemoth, Necrophobic, and Belphegor), particularly in the late 80s through to the modern-day. 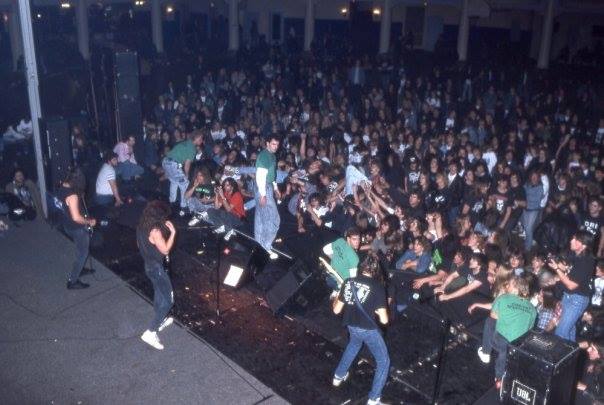 The actual origination of Death Metal is still a debate to this day, with some saying Possessed – “Seven Churches” was released before Death – “Scream Bloody Gore.” We say “debate” very loosely here, I mean there is no greater passion than the passion for death metal that metalheads share, no one gives a fuck who started it – in fact the more bands there are the better. Seriously though, the way I see it – Possessed was an essential stepping stone, and was still very much in the stages of still transitioning to the more refined style of Death Metal that we know today. Whereas on the other hand Death pretty much hit the nail in the coffin with their debut album, as it serves as a blueprint for some of the greatest Death Metal to ever be created, and in general they are cited as the creators of Death Metal, and Chuck Schuldiner particularly as the godfather of the genre. However, even if you don’t see eye to eye with me on this – one things for sure is that I wouldn’t be writing this if it wasn’t for Possessed and Death.

The first Death Metal bands didn’t stop there as bands like Morbid Angel, Autopsy, and Obituary also largely helped make a name for Death Metal as well as helped popularize the genre with their widespread appeal as a scapegoat for all the bullshit that exists in life. The common misconception about Death Metal is that its satanic, often violent themes, promote a way of life that condones various subjects like torture and rape and horrific acts like that. However, the truth is that although Black Metal may have thrived off of satanic ritual and extreme anti-theistic themes which was just a way of life in the scene, Death Metal takes a much broader aspect to the themes that they approach. You’re not going to find two bands that focus on the same lyrical theme – Morbid Angel became notorious for their extreme anti-Christian messages, Obituary for their drawn out and evil lyrics, and Death for their almost meta physical poetry.

All of that aside, the themes in Death Metal are not two dimensional. There is so much deeper meaning to Death Metal that is just largely misunderstood by people who don’t listen to the genre. The unobvious Influences alone are something that might take you by surprise – Siouxsie and The Banshees (who also largely inspired Black Metal artists), Queen, Led Zeppelin, Alice Cooper, The Beatles, and a shit ton of Blues and Jazz.

Death metal continued its journey from the United States of American to Sweden which is still responsible for producing some of the outright best extreme metal bands to this day. Swedish Death Metal bands started to emerge in the late 1980s through the likes of Carnage, Entombed and Dismember. Sweden shortly thereafter began to sport Death Metal bands that began to explore and expand on the creative possibilities of classic Death Metal with the emergence of Melodic Death Metal (or, Melodeath) which is still one of the most successful sub genres of Death Metal.

It’s important to note that although these bands were receiving attention, a lot of it was still largely considered underground as there was just no real market for it. Even in the subculture itself bands from different parent genres were hating on each other (specifically between Norwegian Black Metal and Swedish Death Metal) but this was most probably just due to clashing egos between musicians who frankly lost the majority of their sanity in the extremity of the art form they created.

In the 1990s, Death Metal really started to expand and grow bigger as more and more bands formed under new sub genres that just kept on coming, getting noticeably more intricate and confusing as you go. It would be literally insane, and impossible, to list and speak about all the sub genres and crossover genres of Death Metal, but there are numerous ones that are just too relevant not to mention. We’ve already spoken about Melodeath (which includes bands like In Flames, Dark Tranquillity, and At The Gates) 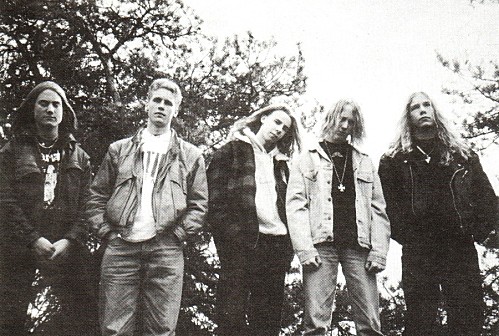 Technical Death Metal (Tech Death) is still one of the most popular sub genres of Death Metal – taking on the basic blueprint of death metal with increasingly faster tempos, and more complexity and technicality across the traditional instrumentation of death metal. The most important band in Tech Death, and arguably the most missed band in the history of extreme metal – Necrophagist – saw the rise of an intensity and complexity in the music that had just never been reached before. 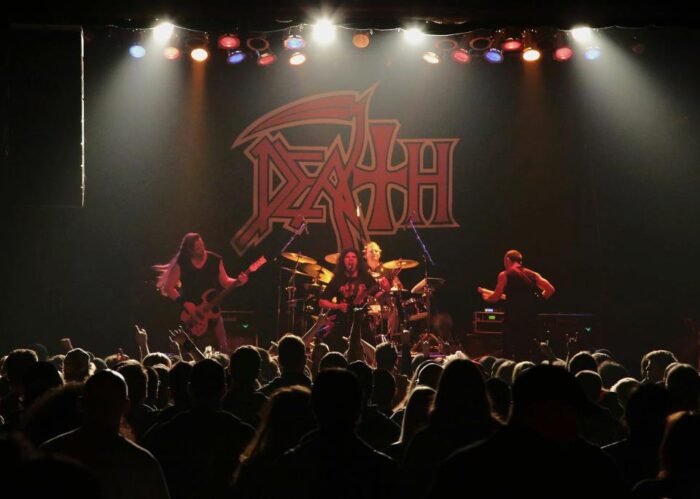 There is so much more to Death Metal than meets the eye, as is to most things in life. It might seem like nothing you’d ever get into, but that quickly changes as it just becomes a part of your daily life. Death Metal is just part of the beginning of the journey down the rabbit hole that is extreme metal.

You might also want to check out;
HISTORY OF HEAVY METAL
HISTORY OF BLACK METAL
TOP METAL SONGS PLAYLIST ON SPOTIFY