Today I am writing about a promising instrumental progressive rock artist; Tanil Cagdas, from Melbourne, Australia, with, Elixir of Life, one of the recent singles released in 2022.

Tanil Cagdas is a name I was somehow familiar with before I was introduced to this song, Elixir of Life, about a few months ago. Discovering another talented guitar player is always a great pleasure for me, especially when he is from my native country, Turkey.

The first thing that came to my mind while listening to Elixir of Life was, John Petrucci of Dream Theater, who is currently one of the most influential guitar players in the world if not the one. I am also one of those who was influenced by his music and guitar playing, changed my life forever with his personality and perspective on progressive rock.

Musically, Elixir of Life mainly has familiar Western influences from the 90s and 2000s by internationally known and respected guitar players such as Joe Satriani, Steve Vai, Andy James, and Marco Sfogli. Although Tanil Cagdas is a talented guitar player and composer, his song, Elixir of Life deserves appreciation as a melodic progressive rock song as well as guitar music.

Technically, the song has established industry standards in its recording, mixing, and production, on a tasty balance between sounding vintage or modern. The instrumentation focuses on the lead guitars, and stands out with its beautiful performances, easy listening structure, well-polished tones, and captivating atmosphere.

On the other side of the coin, Tanil Cagdas reminded me of John Petrucci not only with his musical influences but with his guitar tones, playing style, sound design, Music Man John Petrucci signature model electric guitar, instrumentation, composition, and artist image. I appreciate all these qualities as a music lover and a guitar player, yet as a critic, I am afraid it will prevent Tanil Cagdas from getting recognized by his art. 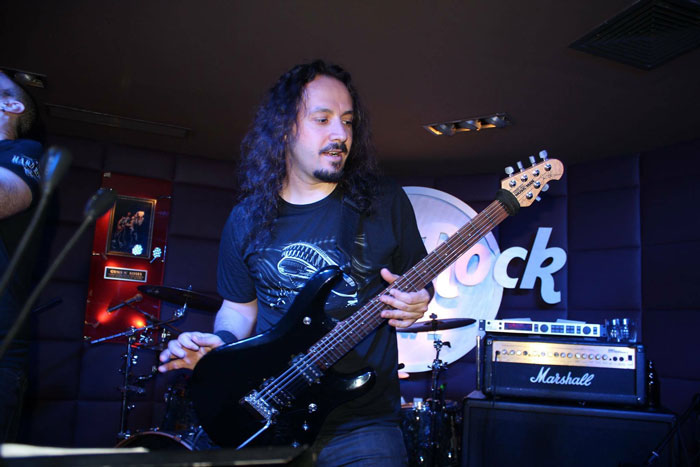 When I put all these into account, I’d like to say that I had a good time listening to Elixir of Life by Tanil Cagdas. Simply a great sounding 90s instrumental progressive rock song with John Petrucci, Joe Satriani, and Marco Sfogli influences. Thanks for reading.

TANIL CAGDAS on the WEB