Today we are featuring another promising rap/stoner/progressive rock band, EGxBH, from Chicago, USA. We have reviewed their fantastic song, Eight46, along with its character, style, story, potential, and more.

EGxBH is a promising 90s / stoner / progressive rock band I discovered a month ago with their latest song, Eight46, released as a single in 2021. For those who haven’t heard about the band before, EGxBH have started their careers with a single called; Altered Beings in 2020. Since then, the band released an EP with the same title, Altered Beings (2020), and one single, Eight46 (2021). Now, please give the song a listen while reading the rest of the article.

Today we are again talking here about a fantastic independent band from Chicago, making powerful music with an unusual and successful blend. However, the exciting thing that I’ve experienced here in their story was a little bit unique and odd at the same time. In the briefest version, I marked the song poorly after listening to the first 3 minutes of the song and already made up my mind at first. Yet when I started to deep into everything about them and watching the full music video story of 9:17, I was quite blown away for many reasons. Let me got into the details for you below.

EGxBH is a group of young and dynamic-looking gentlemen from one of my most favorite towns in the world, Chicago, and making a blend of rap, nu-metal, stoner rock, and progressive rock elements while showing their dominant character in their music. Their overall view gave me an impression of a rap/nu-metal band at first, and I honestly thought this is just another band trying to make the same thing happen. Their latest single Eight46, is a damn good song, and there’s no argument about that. Yet the song, together with its music video, which we can also call my first impression, that I watched for around 10 minutes on Youtube was a fantastic experience. This is truly one of the most impressive things I watched from an indie band for some time. The depth of the story, all those pieces that come together and create this masterpiece, is saying only one thing that these gentlemen have what it takes to be at the top league. That is my conclusion of it.

The song itself has a routine and generic beginning that reminded me of some music from the 90s, which continues for about half of the song. There isn’t anything particular poor or negative about this part; it’s just basic and predictable, especially from a band like EGxBH, who will prove themselves to almost every single person in this world right after that part. This plan will probably cause them to lose hundreds if not thousands of people who will start watching and listening to their music. I wouldn’t take it as a criticism, I am just telling you how it happened with me, and I am brutally honest about it. Would that part alone make a bad song for me? Not necessarily; I just wouldn’t be so much into it, that’s for sure.

The continuation of the song is epic. The dynamics immediately pulls the listener into its dark world; you find yourself watching the video in a trance. The band starts showing you unique pieces from their repertoire. Fantastic old-school progressive and stoner rock stuff kicks in deliciously and unexpectedly, making you feel like all the judgment you’ve had in your head until this moment was wrong about this song. And they brilliantly end the story, leaving a mark in history with their views, musicianship, mindset, understanding of music, artistic vision, and of course, their attitude.

Technically – this is how I usually start my second paragraph – I am a little bit confused. There are things that I really liked about their mixing and character, as well as I disliked. First of all, the overall sound is quite traditional, giving live performing vibes, which is fantastic. What can possibly top this approach? On the other hand, I am not happy with the feeling that the song doesn’t sound flawless, that there’s a crucial polishing that is missing. In the end, I am happy to hear that they have their own approach. The band is clearly trying to find their character here, which is admirable. These kinds of details, showing artistic vision in everything that belongs to EGxBH, will definitely play a significant role in their success.

When I take all these into account, I’d like to say that I am impressed. Hands down. The standards of Eight46 is showing and telling us a lot about EGxBH, yet most importantly, this is simply showing how special they become when they make music together. I am almost certain that they will be successful in their careers, yet, I must also admit that I don’t think Eight46 is going to be one of their greatest. I just know that they have got much, much more than this in their DNAs!

EIGHT46 has earned its place in our TOP ROCK SONGS PLAYLIST. 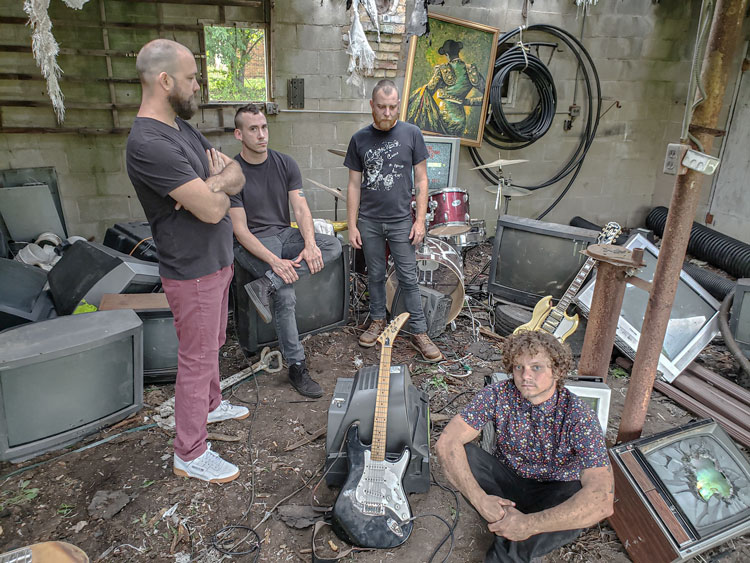 In conclusion, Metalhead Community Team congratulates EGxBH for their great job in EIGHT46 and wishes them the very best in their future careers. Thank you for reading.