Today we are featuring another promising nostalgic prog rock band; EASY JANE, from BELGIUM. We have reviewed their groundbreaking debut album; Manic Mood, along with its character, style, story, potential and more.

EASY JANE is a promising atmospheric/progressive rock band I have discovered through Metalhead Community Submissions about 2 months ago with four badass songs; DESTINY, LOST IN CONNECTION (Part 2), MANIC MOOD and SHEIKHS UNDER ATTACK (Sanaa 4:00 AM) off from their debut release; MANIC MOOD, which was released in 2019. Actually, Easy Jane is more like a one-man project with the collaboration of some talented musicians than a usual band form, yet, I’d like to address them as a band. After listening to Manic Mood for a few times before writing my article, I can say that this album is a marvelous blend of many delicious ideas and styles together. Please give it a listen while reading the rest of the article.

The album is having a little bit of everything, some nostalgic vibes from the 90s pop-rock scene along with some rock and roll classics, industrial rock/metal, 90s progressive rock, and even some atmospheric rock vibes. This was quite surprising for someone like me in a positive way because I was able to find so many interesting ideas here that I can relate myself to. Almost all these vibes reminded me of some music I used to listen to since childhood, such as REM, The Cure, Depeche Mode, Pink Floyd, ACDC, Early Dream Theater, and many others. Almost all of the songs are atmospherically very powerful and satisfying. They easily leave their mark in your memory even after hearing them only once. They have so much in common as well as diversity between each other. Structures are very well built, the listener never loses the excitement from the beginning to the end. I believe that Manic Mood is going to become a much more important album in time just like a classic, because of the freshness of what it offers especially for this period.

Although this is just the debut album of Easy Jane, there are so many things they have done which exceeded our usual expectations from any up and coming band. I can easily see that all of these gentlemen are quite experienced in songwriting, production, instrumentation, composing, guitar playing, and recording techniques, which play a direct key factor in the outcome. Beyond everything musical here, their approach has made everything this superior which should be understood clearly here.

On the other hand, as you might also remember from some of my previous articles that from time to time I mention the importance of debut releases. Making a full album or a single release can say a lot about your band, strategy, goals, personality, and character. In this way, releasing a full album with 9 songs immediately earned our respects. Obviously these gentlemen are not aiming to find some kinda shortcut in their way to the top. This might not sound important to you, yet it is very crucial especially for people like me, who believe there’s a strong connection between personalities and achievements in life.

Moreover, Manic Mood is also offering rich instrumentation and quite original approaches to production in almost every single song. I must admit that I was blown away when I watched the music video of DESTINY for the first time. I wasn’t expecting this extraordinary musicality with such music video. Hands down. This was actually another great example of filming music videos alone is a big deal itself. In this example, this amazing music video has a direct effect on the success of that song. Honestly, listening to only one song was great enough for me to bring EASY JANE to the attention of Metalhead Community’s readership in the first place. I personally loved the way they put together those instrumental partitions, atmosphere, vocals and the overall mood of the song. Well, this is what I was talking about as “being experienced” in the first place. There are so many of them, which altogether create a strong band personality. And yes, this is how you recognize the greatness of EASY JANE.

Technically, Manic Mood is a top-class piece of work. Hands down. This is one of the very few the greatest sounding albums I have listened to in this specific genre. You can find enough drive and energy to be satisfied as a metalhead, enough melodies as a general music lover, and enough technical character as a professional. Manic Mood has something to say for every kind of music fan from any kind of background without a doubt! On the other hand, as I have mentioned above, I’d like to congratulate the band, additional session musicians, the studio assistant, sound engineer, producer, mixer, masterer, coffee maker, studio secretary, delivery guy, and every single soul who has taken part in the making of this exceptional record. Thank you guys, you have done a phenomenal work!

When I take all these into account, I’d like to say that I am super impressed by EASY JANE. They are showing great character, strong personality along with their exceptional musical taste, understanding of music and a great example of an approach here. Manic Mood might not be the kick that can bring Easy Jane to where they deserve to be, yet it will become a classic that everyone will appreciate and make their families proud forever!

DESTINY earned its place in our TOP ALTERNATIVE SONGS playlist on Spotify as well! Please go ahead and check out the links below if you’d like to find out more about the artist/band, follow them on social media and subscribe to their channels to show your support and also not to miss any upcoming releases.

In conclusion, Metalhead Community Team congratulates EASY JANE for their exceptional debut; MANIC MOOD and wishes them the very best in their future careers. Thank you for reading. 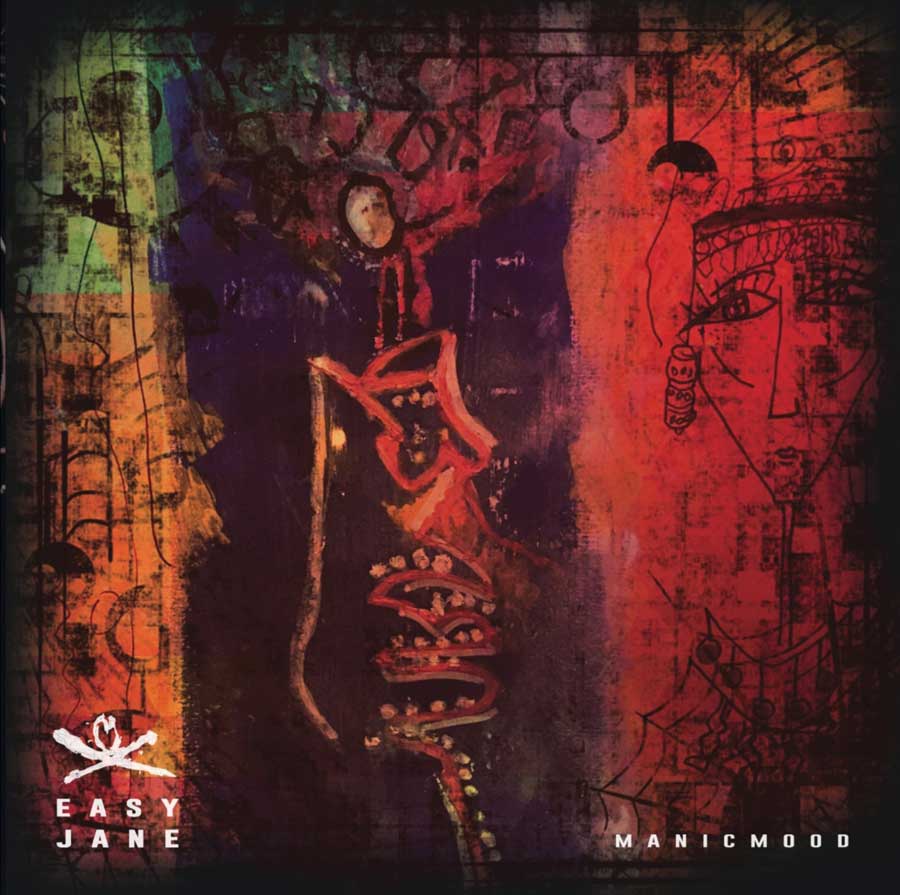 EASY JANE on the WEB