Today we are featuring another promising modern melodic metal band, LÝSIS, from Falun, SWEDEN. We have reviewed their addictive new song, AUTOPHOBIA, along with its character, style, story, potential, and more.

Lysis is a promising melodic death metal band I discovered two years ago. Now, they are back with a new single, Autophobia, which will be released on January 29, 2021. For those who haven’t heard about the band before, Lysis has started their careers with a single called; Scars in 2019. Since then, the band released one EP, All in Your Hands (2019), and another single, Different Shades of Pain (2020). Now, please give the song a listen while reading the rest of the article.

It is always a great pleasure seeing young bands that I discovered years ago coming back stronger with new music, especially in these difficult times. As I have mentioned in my previous articles, they unconditionally deserve our utmost respect and support for their love for music and efforts. Let’s be honest; we’d all be proud of them if they were our relatives. In my book, people like them make our world a better place.

Lysis is one of those indie bands who is actively making releases only for three years now, and it is quite impressive to see how much they have developed in this short time. They are still super young -as you can also see in their band pictures- who still have so much to prove. I do believe that there are only two types of bands in this world; bands that we have heard of and bands that we can never forget about. I remember when I listened to Lysis’ music for the first time about two years ago, I was quite positive about their current music and future at that time. Yet, it’s hard for me to recall the name of that song at the moment. But this time, they have exceeded every expectation that I’ve had with their upcoming song, Autophobia, carved their band name in my memory.

Autophobia is a very impressive song with world-class production, one of the most impressive releases I have listened to for some time. Hands down. First of all, the song has a dark, moody feeling which immediately pulls the listener into its world. This might sound like a small detail for you at first, but believe me, it is one of the characteristics that separates great from good songs. The dynamics are magnificent. There’s no room to lose the excitement throughout the song. I really liked this. Although the approach is not that progressive or melodically tricky, it has the essential freshness in every single part. Melodies are mostly very beautiful. Their vocalist has the voice for the job, but most importantly, the mixing on her vocals made everything impossible to resist. Her lines are quite addictive, which also commercial potential to the song. You listen to the song once, won’t forget it for some time. Her voice reminded me of Amy Lee (Evanescence) from time to time, and I am very happy to hear that.

Furthermore, the general approach in the making is quite modern, having the mood of Slipknot and other Metalcore/Deathcore styles in general. However, metalcore is the most trendy and the least attractive music style for me at the moment cause a lot of repetitive elements are happening by %99 of those bands. Briefly, all those bands are copying each other over and over again. In our case, Lysis has done something special here, successfully separated themselves from the rest of the world with Autophobia. 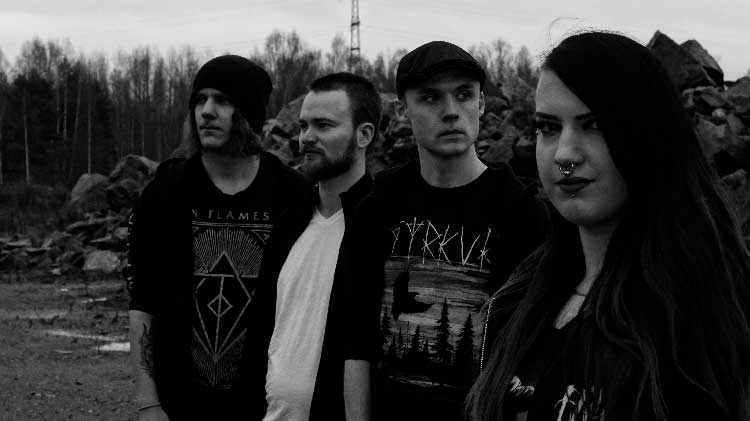 Technically, Autophobia has top-class standards in every way. It sounds clear, flawlessly recorded, engineered, mixed, mastered, and in great harmony. I am not exaggerating, Autophobia is one of the best sounding songs in its genre for me. As I said earlier, you never lose that specific feeling that the music gives you all throughout the song. That is truly impressive. Although there are many ups and downs in the composition, the song maintains its freshness, excitement, and emotional level.

When I take all these into account, I’d like to say that I am shocked by seeing how much Lysis have improved themselves in time. Autophobia is kinda work that will make the Scandinavian band and their families proud all their lives. All they have to do now is to continue working hard, maintaining their standards, and writing more music. I am sure time will take care of the rest for this band!

AUTOPHOBIA has earned its place in our TOP METAL SONGS PLAYLIST (will be available after 29th of January, 2021).

In conclusion, Metalhead Community Team congratulates LYSIS for their epic job in AUTOPHOBIA and wishes them the very best in their future careers. Thank you for reading.