Beavis and Butt-Head was an animated series produced by Mike Judge (who would later go to create King of the Hill and the film Office Space) about two dumb teenagers who loved metal and spent their days sitting on a couch commenting on music videos. Surprisingly, their simple sense of humour and basic storylines became an unlikely hit, quickly becoming two of the most recognizable characters on MTV. They even released a movie in 1996 called Beavis and Butt-Head Do America.

Today, the Beavis and Butt-Head format would seem a bit out of place, as the concept of music videos and a non-streaming channel built around them may sound a bit alien. Despite this, Mike Judge has managed to produce a movie titled Beavis and Butt-Head Do The Universe and a new season of the show itself. However, as Loudwire explains, the duo will not just make an unexplained time jump to 2022. They will appear as middle-aged men, and instead of sitting on their couches watching cable TV, they will use modern platforms like YouTube and TikTok.

In between, the brand has been kept alive with a release of books, comics, and DVDs and even a revival in 2011. However, if there’s a medium where Beavis and Butt-Head thrived, it was video games. Back in the day, Beavis and Butt-Head were featured in graphic adventures for the Super SNES, Sega Genesis, and PC. But their most successful game came from an unexpected genre: the duo feature in a modern-day online slot game on Ladbrokes, namely Beavis and Butt-Head, which boasts not only their likeness but also soundbites from the show. There’s also a mobile soundboard repeating some of the most popular quotes from the duo, which has been downloaded more than 50,000 times from the Play Store.

Beavis and Butt-Head may have been treated as a low form of entertainment, but their popularity turned them into some of the most influential music critics in the early 90s. They seldom praised even the most popular bands, and frequently treated giants like Black Sabbath and Metallica like punching bags, as demonstrated by these awful roasts.

For Whom the Bell Tolls by Metallica

Beavis and Butt-Head – Do ‘Metallica – For Whom The Bell Tolls’

Empowered by the voice of James Hetfield, the bass skills of Cliff Burton, and the multi-talented Lars Ulrich, Metallica rose to success in the late 80s. Ulrich in particular has been credited in part for the band’s name as well as for writing and arranging many of their most popular songs.

While watching a live performance of For Whom the Bell Tolls, Beavis’ excitement for Metallica seems to get on Butt-Heads’ nerves, who starts saying things like “Metallica sucks” and “That James Hetfield guy looks like the cowardly lion”. Naturally, the pair ends up throwing punches (as they should).

The popular English band, led by Ozzy Osbourne between 1970 and 1979, wasn’t an instant success. While their first album sold well, it was their second album, titled Paranoid, that granted them critical success. Despite having been produced in only six days, the band’s recorded songs became instant classics and will endure the test of time.

The duo loves the song but isn’t able to recognize Ozzy Osbourne, as in their mind, Ozzy Osbourne is an older man. They are also confused by their nationality. When Beavis asks “Are these guys from Seattle?”, Butt-Head responds: “No, they are from America”.

This Love by Pantera

Pantera – This Love (Beavis and Butt-Head)

Pantera may have started as a glam metal band, but turned to a heavier sound with 1987 Power Metal. They would soon sign with Atco after the label’s scout got stuck in Dallas, giving him a chance to check the band. Their subsequent albums were released in the early 90s, to great success. Pantera is also credited with solidifying the second wave of thrash metal and being one of the most influential bands in the world.

When Beavis comments on the singer always looking stressed, Butt-Head responds with: “This guy’s dad must have kicked his ass when he was a kid”. The duo then goes into picturing images of unnecessary violence that, in their minds, formed the personality of the singer.

Beavis and Butt-Head’s roasts were an absolute hit at the time, bringing out the sometimes true aspects of metal while being completely wrong on other counts (Metallica doesn’t suck!). 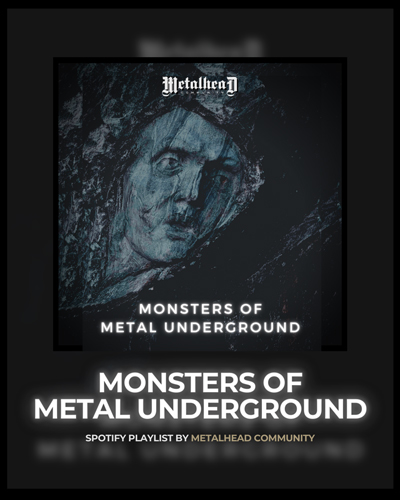