Today we are featuring an experimental metalcore artist, Evan Gaskill, from USA, with his third single, “I Pray That You Get Away”.

Evan Gaskill – I Pray That You Get Away

Today I am writing about a young American artist, who is at the very beginning of his career, here with me with one of his debuts. Evan’s music came to my attention with I Pray That You Get Away, one of his experimental songs.

I have been listening to this song for a while now, surely one of those cases that requires more time from you. Begin with, the journey begins with a moody, ugly, depressive, and dynamic instrumental section, evolves into a punky bridge first, then connects it back to a raw black doom verse. The approach doesn’t follow any rules in any ways, Evan in this way was quite underground and unprocessed with his views as he was in everything about this project.

The structure carries the same ugly feeling to it as well as the vocals and other instruments, and this is one of the reasons I wanted to call this experimental. Two vocals with two different personalities in general, moving dynamically all along the way, sometimes getting grinder sometimes blacker, have huge credit for the ugly outcome.

Musically, the song stands out with its unpleasant feeling at first, maintaining the energy until the end with the same dosage. It isn’t easy music to listen to if I need to be honest. You mainly hear influences from the underground scene, early black metal, progressive metal, grindcore, screamo, metalcore, grunge, and punk rock. Evan clearly doesn’t like any beauty in his music and takes the listener into his distressing and complicated world in raw black metal theme, which was the most special thing about the song I guess; the level of its rawness.

On the other side of the coin, this song wasn’t professionally recorded, mix, and produced. I am aware examples like these can also work depending on the situation, in Evan’s case, it’s all art, not much about the listener I guess. This amount of underground in one song was too much for my taste.

Secondly, I think I criticize Evan Gaskill’s work for being too confident about everything on this release. Musically, I have nothing meaningful touched my ears, as well as the performances. Visually, everything I have seen was quite a disappointment. Turning a regularly taken photo of the artist into an album front cover idea was the key moment for me, made me realize this project isn’t deep as I expected and wanted it to be.

Ultimately, these can sound harsh at first, but we are talking about something that was presented to the entire planet with an artistic tag on it. 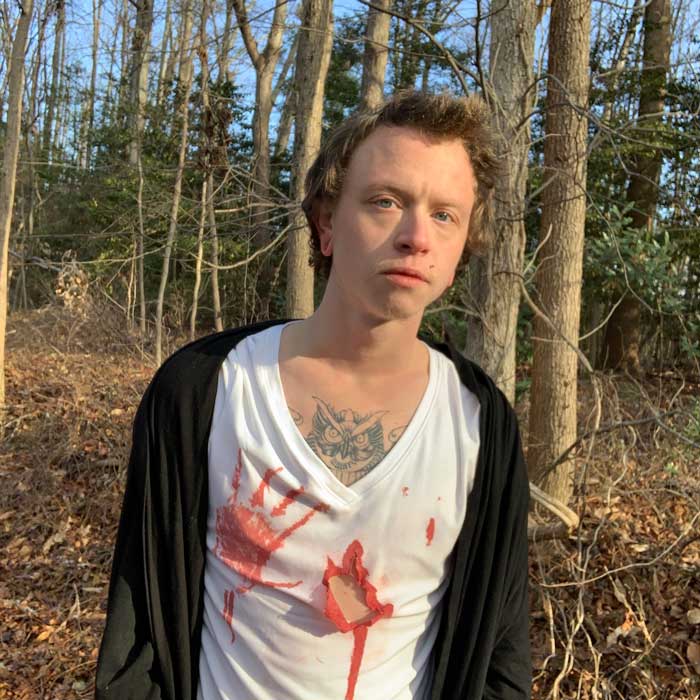 When I take all these into account, I’d like to say that Evan shows here unguided, untouched, the rarest forms of performance he’s got inside himself, and that’s brave. A performance that messes with the limits of experimental music in early black metal rawness and the ugliness of the underground scene.

EVAN GASKILL on the WEB